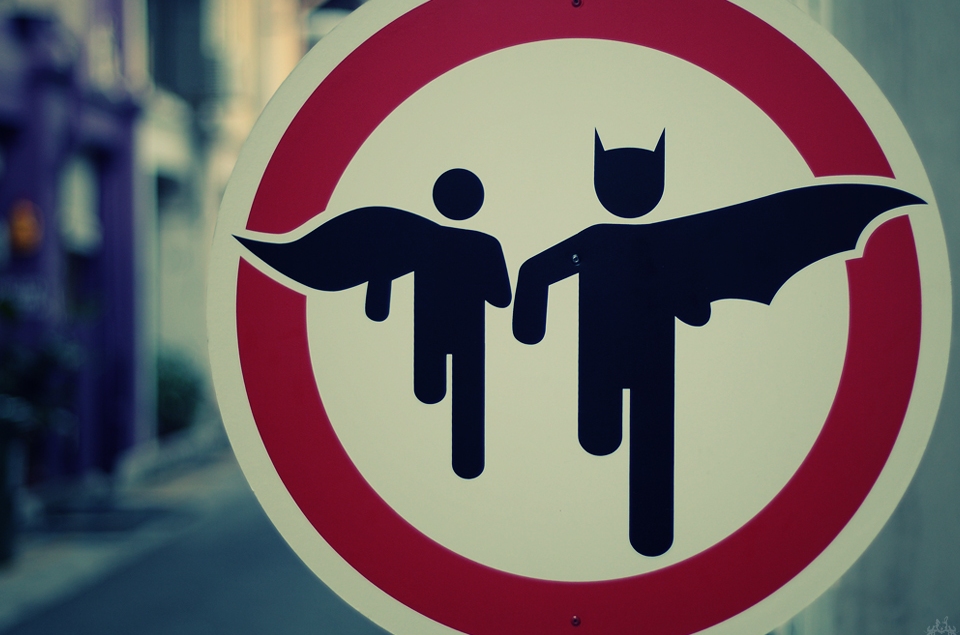 Batman, Tarzan, James Bond, Wonder Woman the list goes on and on. Not only are these examples of hero archetypes but also fit the descriptions of a classic rescuer.  And we can often find ourselves in a similar like role (less the spandex and utility belt that is). The role being playing the rescuer. Riding off on our white horse to save a soul in distress. But who is really rescuing who I wonder?

The rescuer has been described as the classic co-dependent (this being part of a dysfunctional relationship where one person relies on the other for meeting most of their emotional needs).  The rescuer is often over-protective and has a strong desire to “fix” difficulties for other people.

When we act the rescuer, we may believe that we’re doing a selfless act and at first sight it would appear to be so. However we may rescue others to feel worthy and to help bolster our sense of self. In fact we can struggle to see your worth beyond what we can do for others. Rescuing then becomes a necessity for our self-worth.

Also a key problem with rescuing others is that it robs the “victim” of their own agency to rescue themselves. It can end up being a way of controlling other’s. Rescuing might prove a useful short-term solution but the person being rescued doesn’t develop their own courage, resilence, confidence etc to get themselves out of difficulties thereby leaving them dependent on the rescuer.  This dependence plays into relieving the rescuer’s fear that they’ll end up alone. By rescuing, they are themselves rescued.

Acting the rescuer also means we turn our attention to the “victim” and away from ourselves. We avoid our own problems by overly focusing on the needs of others.

But before we go beating ourselves up for our rescuer tendencies, it is important to remember that we can’t fully rescue without another person needing to be rescued, or what we might call play the victim. And therein lies the co-dependency. (These roles are part of what we call the Drama Triangle (devised by Stephen Karpman in the 1960s who studied under the founder of TA (Transactional Analysis), (we’ll leave this triangle talk for another day).

What can we do?

The first step to breaking free of our rescuer role is to recognize that it is just that. A role. And we have a choice as to whether we want to play or not. We can decide to be aware and not allow ourselves to get caught up in this old familiar dynamic.

Our victim partners might be our trigger and so it’s key to be aware of this and be conscious of our behaviour around them.  Once we start seeing our role, it can actually be quite difficult to keep playing it as it’s inauthenticity and motivation has been exposed. What can be amazing is that once we decide not to rescue, the victim often stops playing their role too and starts to take responsibility for themselves (so the rescuer is left completely redundant).

At first, it can be really difficult for us to sit with our victims and not fix things for them. To be there and just listen and empathise, but not actually do or suggest anything. To begin to accept that being there is enough.  Through our silence, we allow a space to open up for the victim to become empowered and resilient on their own, knowing they have our support but are not dependent on us. It is a true gift to allow people to grow from their pain, to have faith in their abilities to cope and flourish independently

One wise supervisor once told me that there is a difference between holding and carrying and that is precisely my point here. When we play rescuer, we’re carrying the burdens of other people and when we step back, we begin to hold and be with others in their distress (which naturally takes a lot less energy to do).  When I think of the rescuer, one of my favourites Mary Oliver poem, The Journey, comes to mind and so I include it below. Enjoy!

The Journey by Mary Oliver

One day you finally knew

what you had to do, and began,

though the voices around you

though the whole house

and you felt the old tug

but you didn’t stop.

You knew what you had to do,

though the wind pried

with its stiff fingers

at the very foundations,

It was already late

enough, and a wild night,

and the road full of fallen

But little by little,

as you left their voices behind,

the stars began to burn

through the sheets of clouds,

and there was a new voice

recognized as your own,

that kept you company

as you strode deeper and deeper

the only thing you could do

the only life you could save.